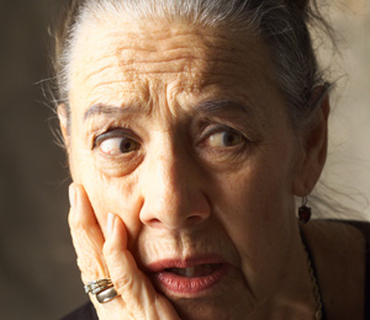 With old age often comes infirmity and dependence making the elderly vulnerable to mistreatment and abuse.  Elder abuse tends to take place where a senior person lives as many elderly are not very mobile in their communities. In the home abusers are often adult children, other family members such as grandchildren, or spouse/partner of the elder. Elder abuse can also occur in institutional settings, especially long-term care facilities.

Physical elder abuse is intentional use of force against an elderly person that results in physical pain, injury, or impairment. Such abuse includes not only physical assaults such as hitting, but also the inappropriate use of drugs, restraints, or confinement.

In emotional or psychological abuse, people speak to or treat elderly persons in ways that cause emotional pain or distress.

Nonverbal psychological elder abuse can take the form of

Sexual abuse of elders is physical contact with an elderly person without the elder’s consent. Such contact can involve physical sex acts, but activities such as showing a senior pornographic material, forcing the person to watch sex acts, or forcing him or her to undress are also considered sexual mistreatment acts.

Neglect or abandonment by caregivers

Elder neglect, failure to fulfill a caretaking obligation, constitutes more than half of all reported cases of elder abuse. It can be intentional or unintentional, based on factors such as ignorance or denial that an elderly charge needs as much care as he or she does.

This involves unauthorized use of an elderly person’s funds or property, either by a caregiver or an outside scam artist.

Typical rackets that target elders include

Carried out by unethical doctors, nurses, hospital personnel, and other professional care providers, examples of healthcare fraud and abuse regarding elders include

The above information was compiled in part from the helpguide.org webpage.
Proudly powered by Weebly